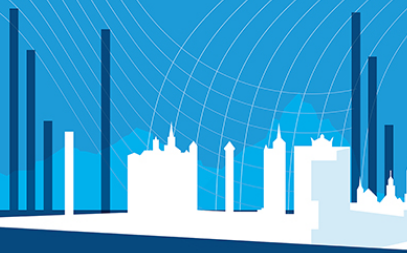 The CO2-neutral neighbourhoods make a significant contribution to driving forward the energy turnaround. With the help of a change in energy supply and increased energy efficiency in buildings, primary energy consumption and greenhouse gas emissions can significantly be reduced. Buildings account for 24% of greenhouse gas emissions in Switzerland (Federal Statistical Office). Climate-neutral neighbourhoods pursue the approach of reducing the energy requirements of buildings as far as possible, optimising the systems engineering and covering the remaining energy requirements with renewable energies.

To determine the current level of CO-2 emissions in the districts of the City of Lucerne, the data provided will be used to visualise which heating methods the buildings are using. The comparison of the CO2 emissions of the heating methods will also be integrated into the visualisation. This visualisation will then make it possible to see which buildings can heat with a more efficient heating method and thus significantly reduce greenhouse gas emissions. The long-term goal of the energy concept is to develop an energy-efficient neighbourhood that is managed independently of fossil fuels.

The aim of this challenge is to create a visualisation of CO2 emissions as a contribution to the energy turnaround in the districts of the city of Lucerne. It is important that the data is aggregated on the level oft the different city districts. In addition to the data provided, further data that can be accessed online can be integrated.

Using the available data, the hackers visualised important information during the Hackdays regarding the heating methods used in the districts of the city of Lucerne. The four hackers used Python for data processing and visualisation. An interactive visualisation is available to the user. In future, this can also be supplemented with consumption information on the buildings. Due to data protection guidelines, the data and the visualisation may only be used and edited by authorised persons.

What have we found out?

The visualisation shows which quarters are heated in which way. 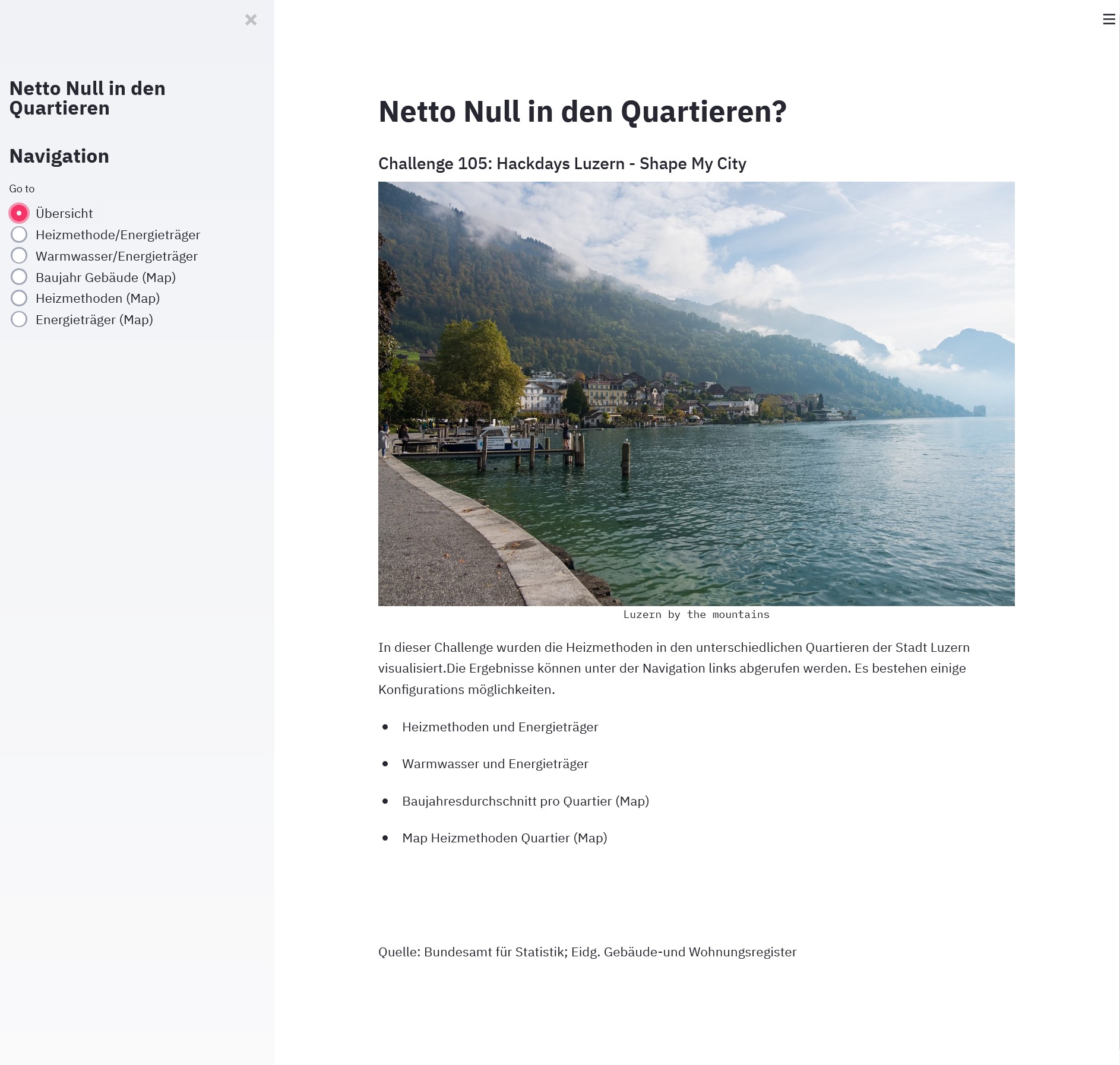 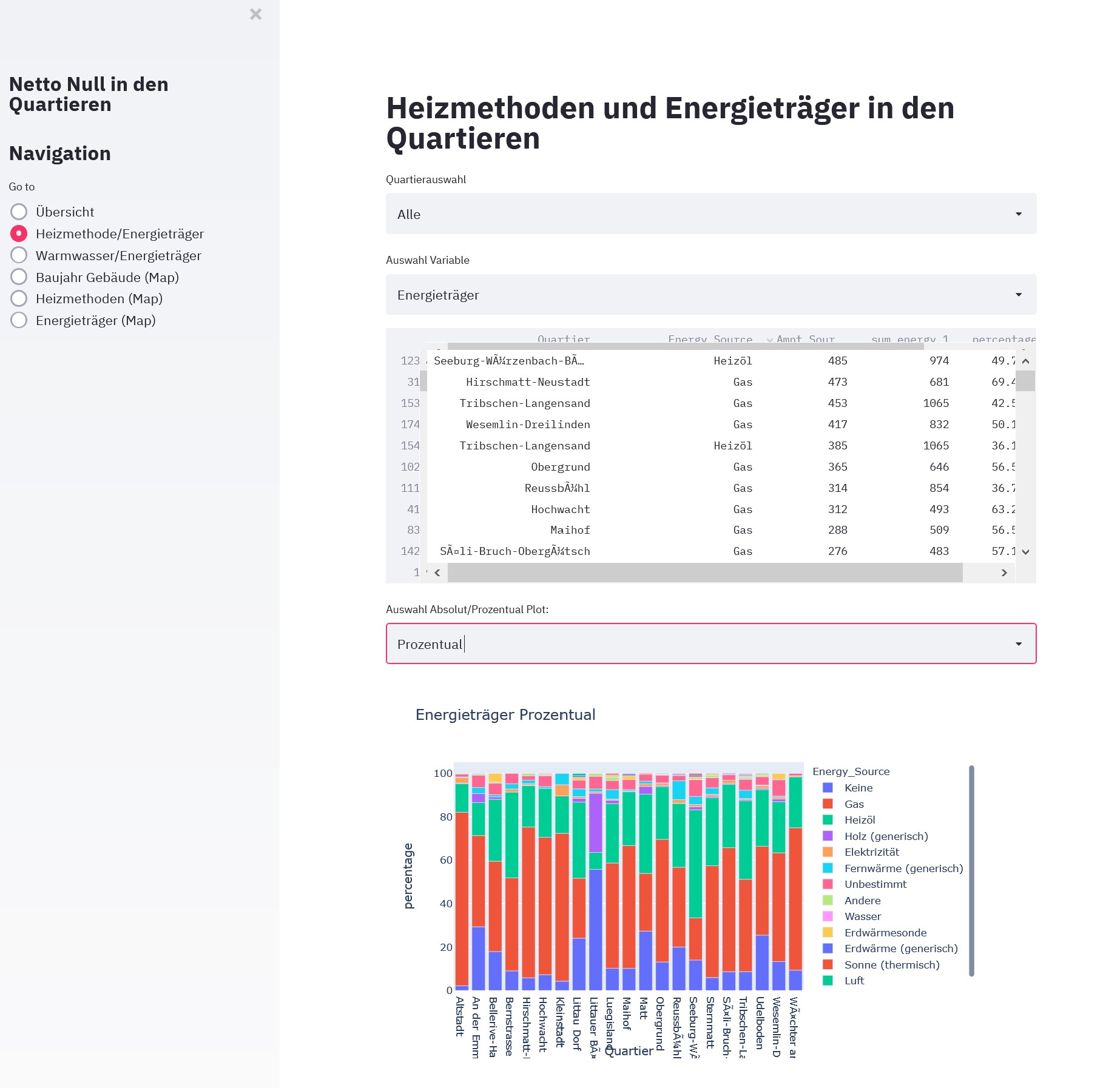 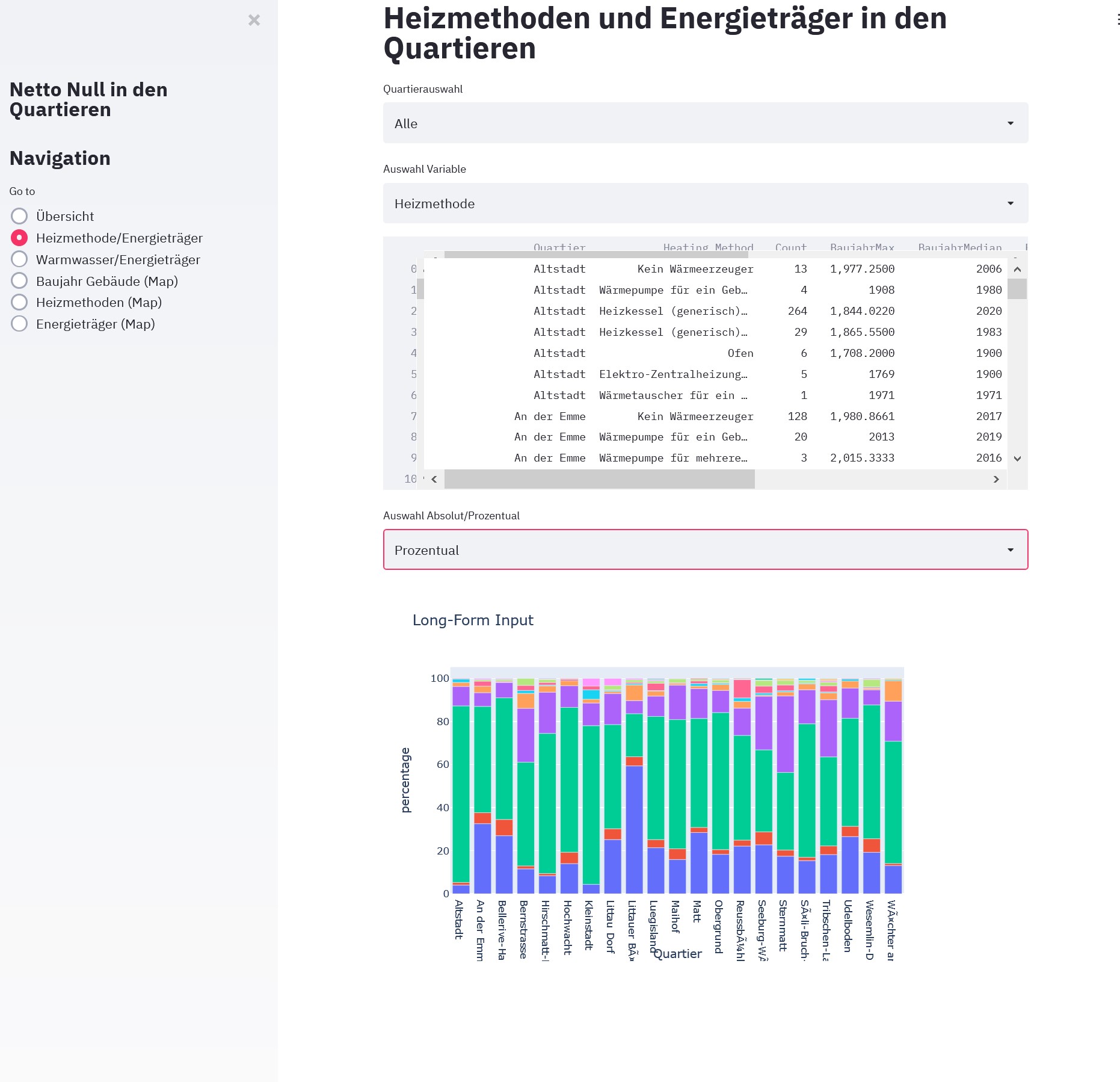 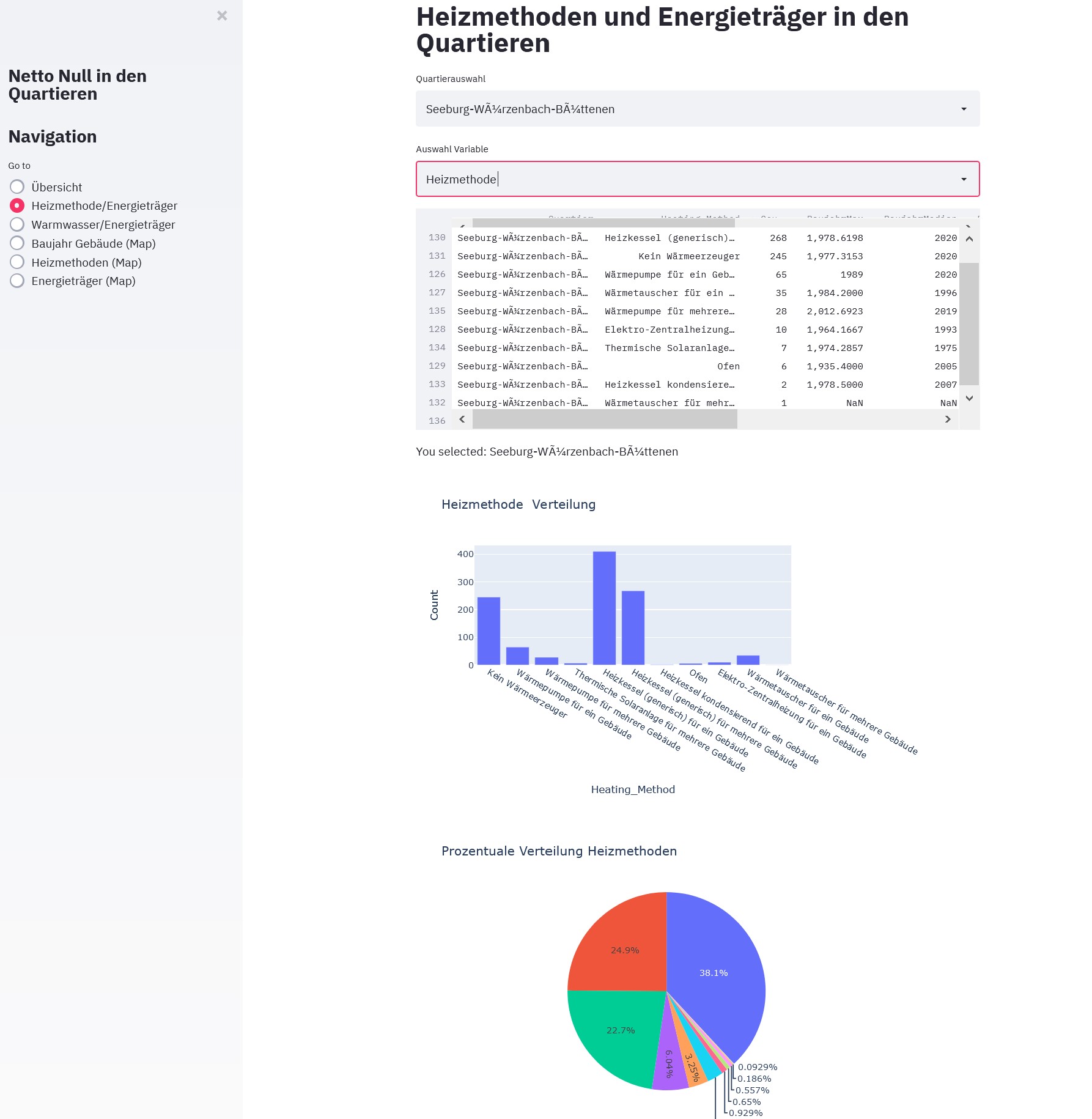 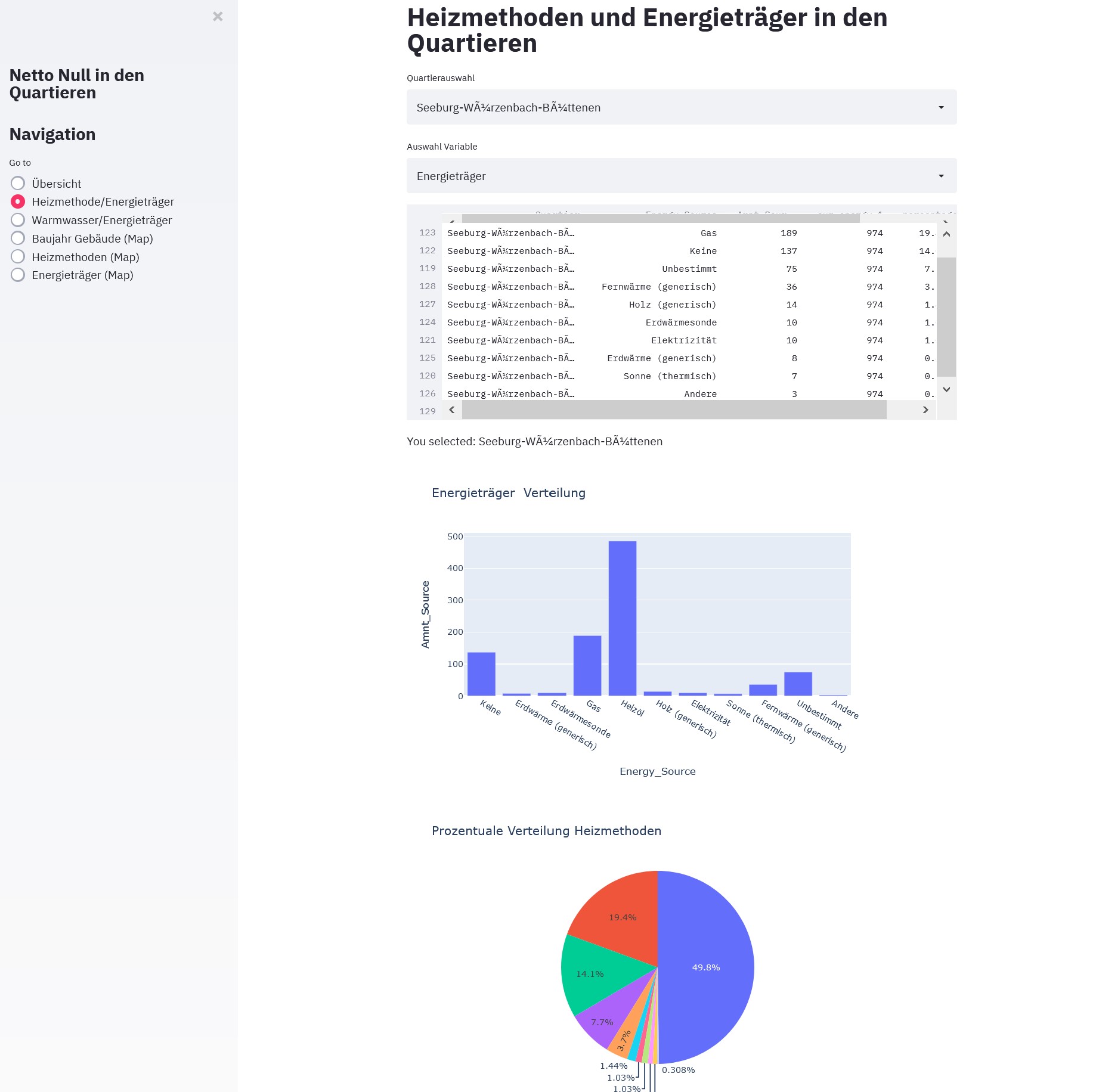 By implementing the consumption information for the buildings, a visualisation can be created which shows which buildings emit how much CO2.

AR8
👋 Contact 🌐 Open
All attendees, sponsors, partners, volunteers and staff at our hackathon are required to agree with the Hack Code of Conduct. Organisers will enforce this code throughout the event. We expect cooperation from all participants to ensure a safe environment for everybody. For more details on how the event is run, see the Guidelines on our wiki.